So, on Saturday (2nd March) the sun shone, and 2 days of crew training began. The aim was to ensure that the crew member understood the engineering principles of lock gates, the fundamentals of fluid dynamics, and that she was equipped not only with a windlass, but also a good range of vocabulary - which would also help to get those heavy gates moving. (The vocabulary would not be a problem.) Having Leigh, an engineer who knows stuff like the names of oily ratchets, helped here. He scampered about from lock to lock shouting 'Mum keep your fingers well out of the way!' Health and safety being to the forefront as usual. As you can see from below, Jemma was called to the muster station for lifeboat training.

The training plan was three locks down to Zouch, an overnight near the Rose and Crown, and through the same locks the next morning. 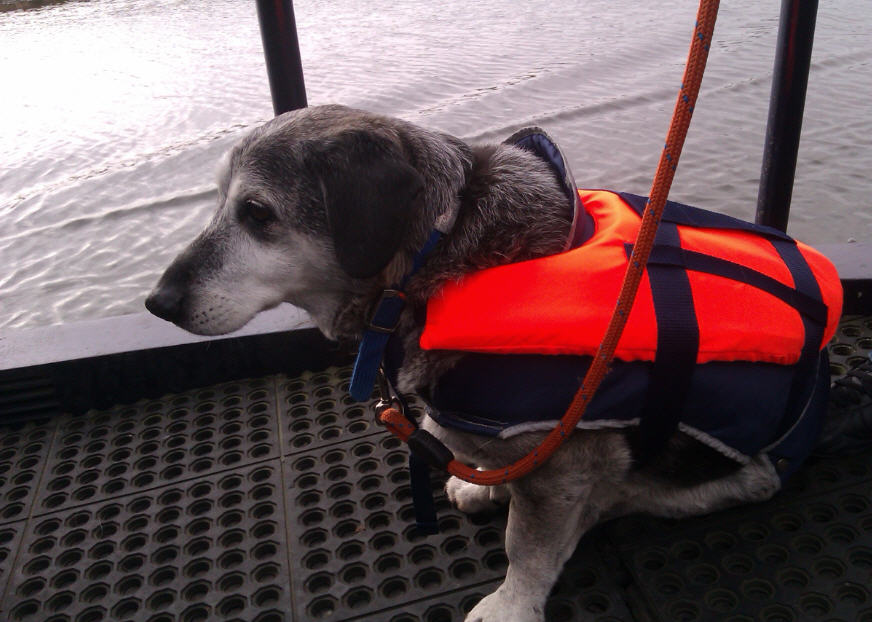 Now, before we get on to the training, a quick word on the English language. You see, the locals tried to tell us that Zoooch is pronounced "Zotch." Now I know I'm from the North, but I'm not that easily taken in (I once had a bloke try to tell me that Towcester was pronounced "Toaster"), so for me, as in Ashby de la Zoooch: it is Zoooch.

The plan went reasonably well. All the locks (there and back) would be set against us, although I supposed that was good for the training, but there were elements that I had not anticipated. What I failed to account for was the negotiating skills of the crew member. Approaching the first lock in Loughborough, we slowly came upon a gang of five teenagers, who were throwing stones in the canal: some close to our boat, and  I feared briefly for our safety.

They followed us along the canal, ridiculing one of the gang who attempted to claim that the canals were "man made." But as soon as the first lock was full, the crew member had enlisted one of the gang to open the gates.

This trend would continue at almost every lock: Walkers, couples, families, children, were all press ganged into lending a hand. One young man picnicking with his girlfriend (or mistress maybe?) near Zoooch lock, jumped up to the crew member's help. We later wondered: was this to impress his girlfriend? 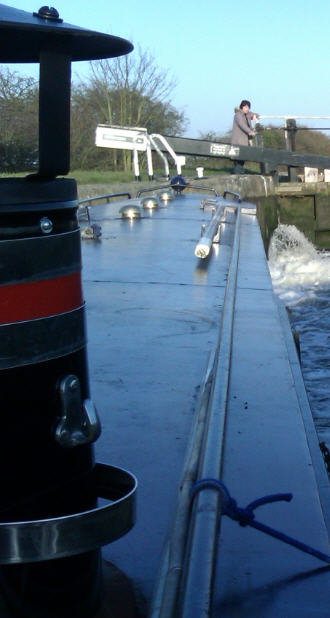 All in all though, the training was a success. The dog was perhaps underwhelmed by the experience  I will not mention her age (which would not be be polite), but were she human, she would have a telegram from the Queen above her basket. She has yet to find her canal legs and we went back inside at one point to find her basket upside down. Whether that was the crashing about of the boat, or the dogs frustration, we do not know.

Finally a mention for the Rose and Crown at Zoooch. We had looked on the web and reviews were a  bit thin on the ground, but it was really very good honest home-cooked food. Landlady Jackie couldn't have been more helpful. We hadn't even booked and they managed to accommodate the full crew, plus our visitors including the 2 year old Lucy Belle who sat in her high chair shouting so that other diners out for a romantic meal had no chance.  We were looked after and cared for very well indeed, including lots of gluten -free options for Lucy's mum.

When the training turns into reality and we leave Pillings Lock for the frozen North, The Rose and Crown is on our itinerary.