Our blogging has been thin on the ground lately, and our excuse is that we have been mad busy buying a new boat, selling the old one, moving marinas, and all the other nonsense that goes with moving what was a monstrous amount of paraphernalia from the old boat to the new one.

I lost count of the number of car loads we moved, and this time last week we had keys, and heads full of codes, to three marinas. How this came about is a long story and rather like General Relativity, it is something I did understand, but probably best if I don't try and explain it to anyone else.

The news is that Princess Lucy, our trusty and slightly rusty 45' boat, faithfully restored over for the last four years, sold quickly so we must have got something right. We have been busy moving in to our new purchase that is both longer and newer and with a much more working class name: The Miller's Daughter. Perhaps this aligns better with our working class roots - maybe it's a class thing?

Although first mate is already uncomfortable with the name that has little or no personal significance for us. Apparently, it was named after a pub that the original owners had in Louth. Maybe next year or the year after, somewhere in the five year plan, it might get renamed Princess Lucy 2.

We are delighted with the new boat, but sad to see the old one go. We said bye bye to Princess Lucy last week as we moved the final car load. The sideways rain ensured our departure was hurried, and removed any opportunity of over emotional farewells. 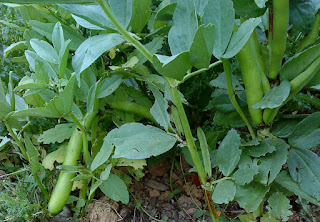 We have now moved away from Mercia with its 600 and something berths to the much more tranquil King's Orchard. We found that we prefer rustling broad beans from the adjacent fields to the swish wine bars of Mercia - perhaps it's a class thing?


Hopefully regular updates will now resume. We are working towards our summer Birmingham/ Wolverhampton trip. That will be if the Captain has worked significantly further down his job list.

The list comprises dozens of fairly straightforward jobs, In fact the only nasty one is changing the plastic toilet piping which is permeating horrible odours. The surveyor kindly told us of this, pointing to the pipes passing through the back of the wardrobe.
'you may find yourself standing alone in the bar,' he joked.
'I won't be there,' I replied, 'I'll be in the broad bean field.'
He looked puzzled.

Captain seems to find it amusing to call the pipes Sanitary Hose - but maybe that is a class thing.

Heard you had moved and changed boats, we think The Millers Daughter quite suitable, bearing in mind stuarts book writing. We did not like the name warrior, but it soon grew on us and would not call the boat anything else now. Happy boating. Please put a photo on soon so we can spot you on the cut.

We still have to get some pictures... Hopefully this coming weekend. And also (hopefully) First Mate will warm to the current name of the boat!