British made narrowboat on Grand Canal 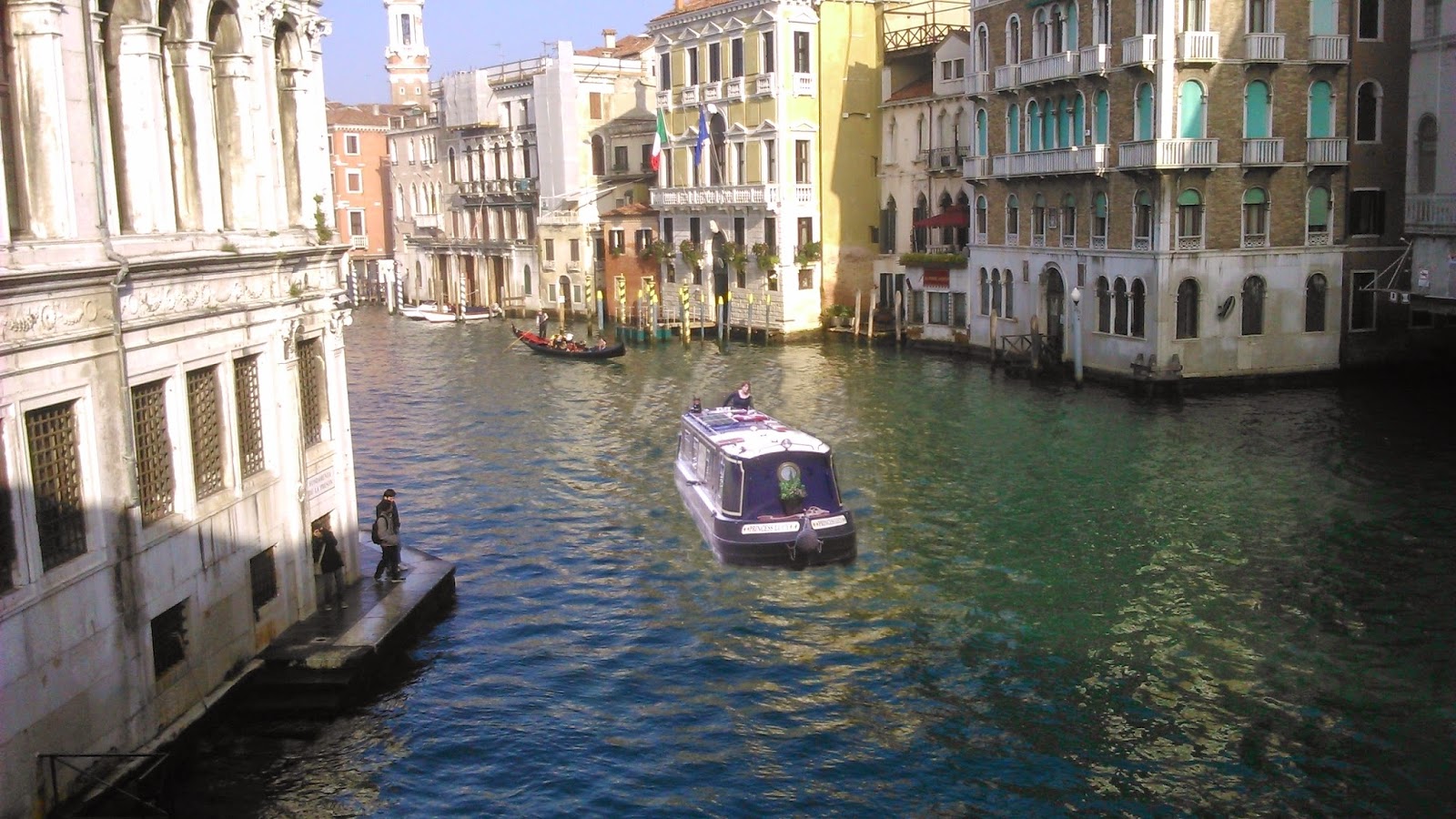 We've upped the game from those boaters who bragged about taking their Narrowdog to Carcassonne. They only had to cross the channel. 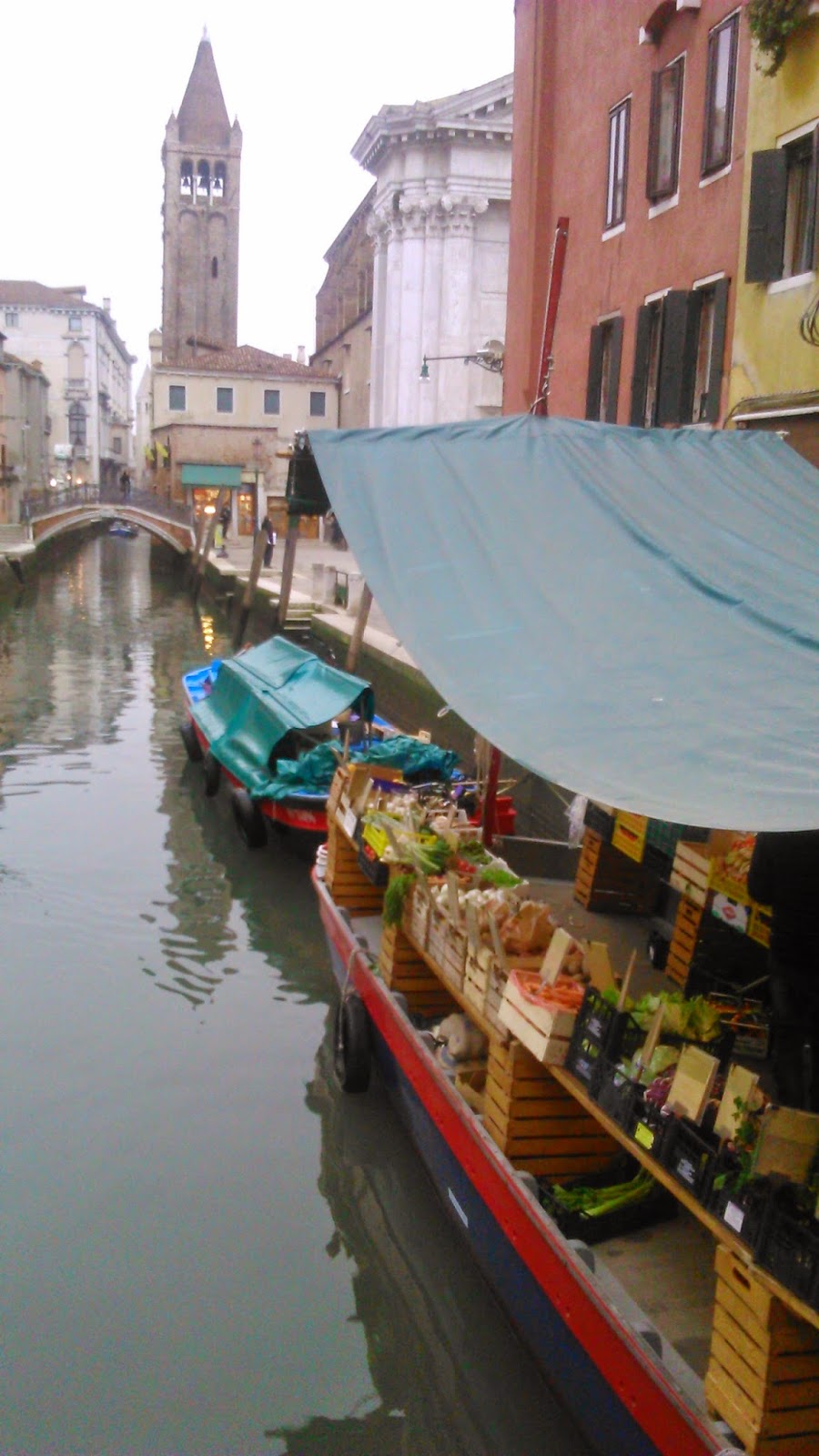 We made the epic haul down the Rhine and Moselle and briefly out into the Adriatic. Thereafter Princess Lucy majestically entered the Guglie canal, under the bridge called Tre Archi and turned into the Grand Canal. There is a lot of wild water and a good deal of fog between Venice and the Peak Forest. The picture shows first mate dodging the gondolas. We wondered what all the shouting was about. They are gobby on the canal. Anyone would think they owned it. We  thought it best to tie up at Ca Rezonnico, paid a street boy to look out for our boat and wandered. We happened upon an exhibition which reconstructed Leonard da Vinci's inventions. This was held in the beautiful, vast and icy Church of San Barbara. Here we learned that Leonardo invented the swing bridge and paid homage to the genius who made it possible for us get off our own waterway. We wouldn't go anywhere with out him.

But these Venetians are the real masters and mistresses of the waterways, Everything that happens, life, death, fire, flood happens here and on this canal. Every single thing that has to be delivered comes by boat. Here is a Venetian version of our Brian and Anne Marie and just as cheerful and hard working. They must have been up before day break to stock their floating fruit stall. We didn't see a coal boat but it would have been there somewhere on the system.

Princess Lucy issued a huge sigh when she got back to Peak Forest and is now safely moored at FurnessVale. She awaits our Boxing Day explorations. Who knows where she'll end up.