The Bar Opens on Boxing Day 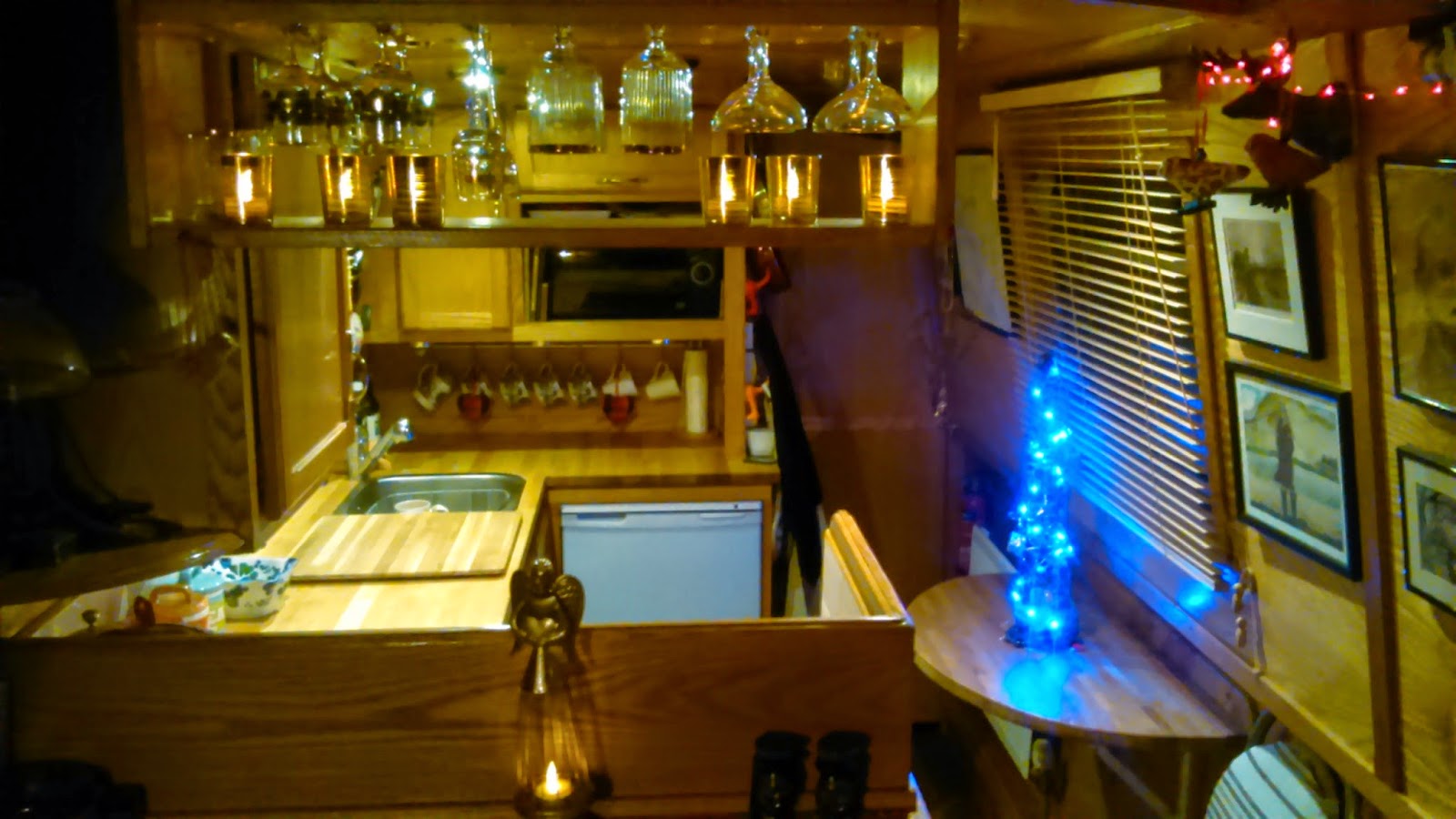 The last three months have seen Captain furiously refitting the galley. Pretty well everything was renewed in the end. The replacement of the cream enamel Vanette oven and hob gave us the opportunity of selling them on ebay. They sold for much more then we had thought, and it all helped balance the books.

New items added to Princess Lucy were the Candy washing machine and a ceiling mounted glass rack to hold our newly acquired (yes, ebay) Babycham glasses. I suppose it is logical, when you have filled every cupboard and fitted shelves where you can, the only place left is to fasten things to the ceiling!

Anyway, the boat is now decorated with its Christmas lights and a small tree. On Thursday we leave for a short break staying at the Palazzo Stern with a view of another canal (The Grand Canal in Venice).We will be back in the Peak District for Christmas and will cast off on Boxing Day if the weather is reasonably clement and try out the new galley.It looks good but how well will it work? 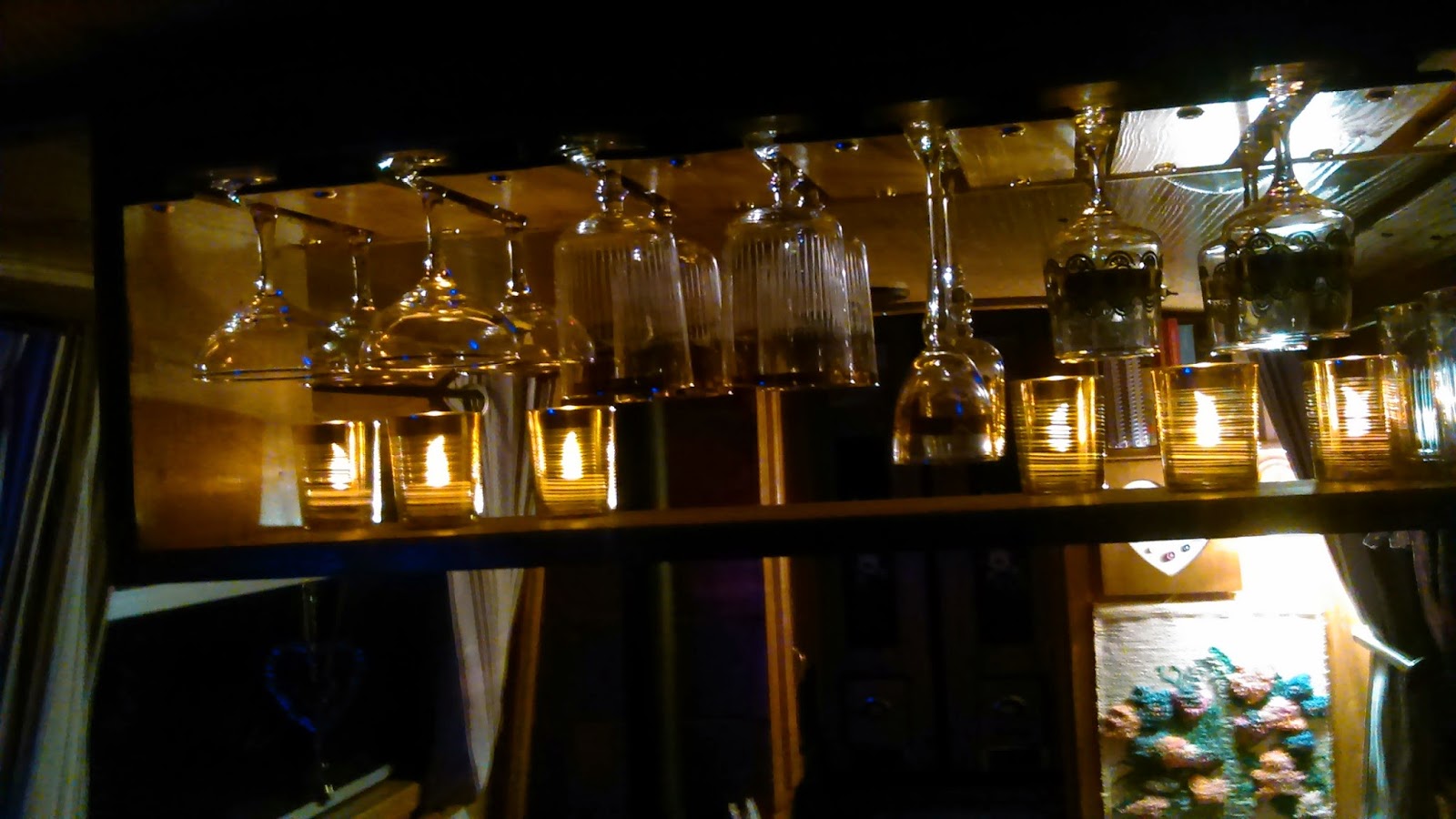 On the subject of weather, sort of, a neighbouring narrowboater at our Marina lent us his anti-freeze tester last week. Nothing, No antifreeze at all. Hmmmm. The bigger shock was that the engine and skin tank and the calorifier piping probably totals about 40 litres, and the cost of putting in 20 litres of concentrated antifreeze is scary.

However, I am thinking that the skin tank is insulated from the frosts by the canal, which is unlikely to drop below 0 degrees C. The calorifier is sort of in the boat and as I have a frost stat set up to switch on the central heating, then that should be OK. That leaves the engine. Now the theory here is that the central heating diesel heater (Eberspacher) is next to the engine, as are its exhaust and some hot water piping. So tomorrow there will be tests to see if the heater significantly warms the engine bay. We will see.

I asked First Mate what she thought about the antifreeze dilemma.

She turned to me, and I waited for her thoughts. Then she spoke.

That's nice! Good central heating is always a great save, specifically if the heater functions really well. You'll be needing those at some point, to spread out the insulation across the environment, or at least the immediate space. Anyway, I hope everything is doing well. All the best!