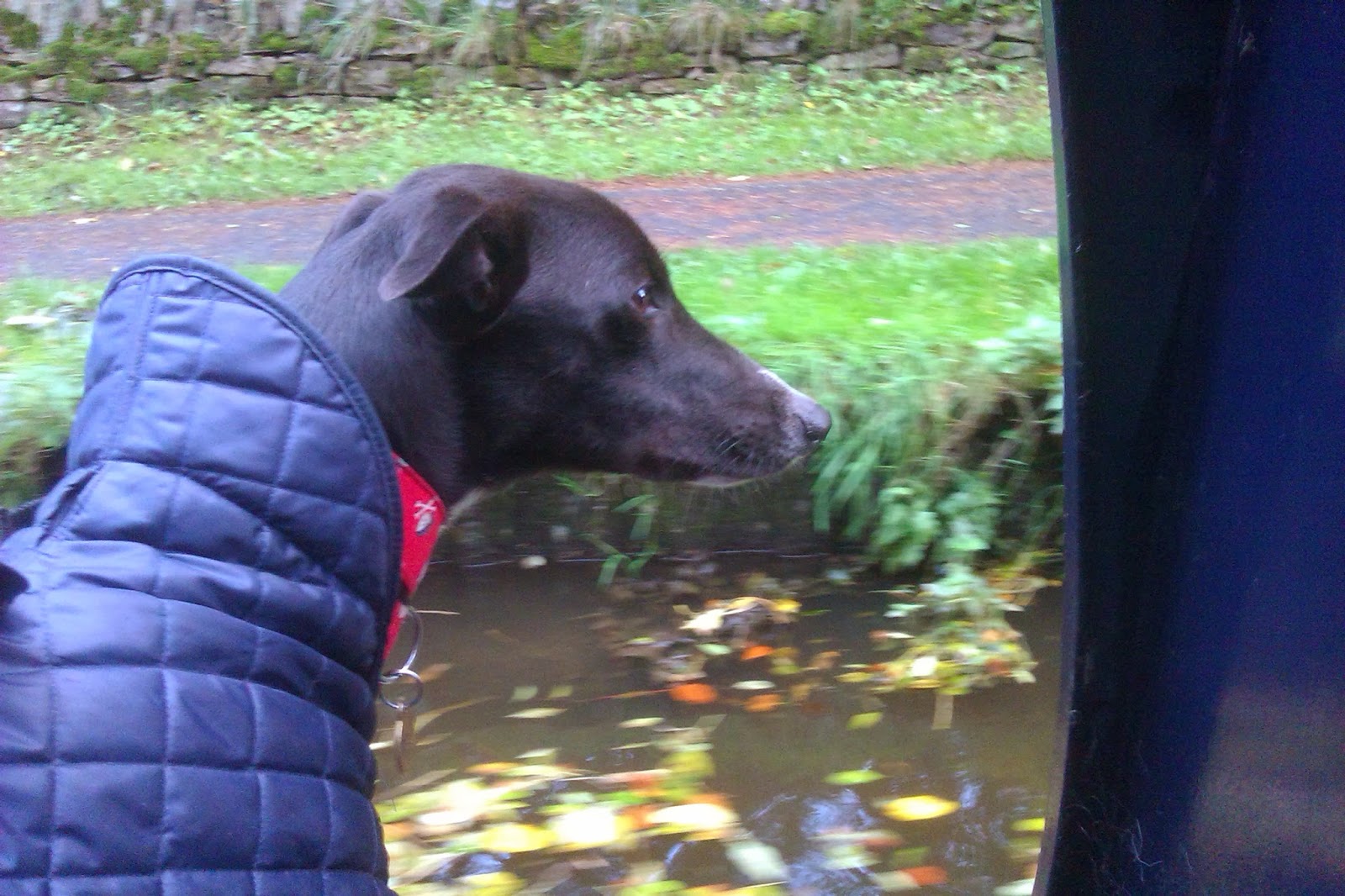 cheeky night out to Whaley Bridge. It was worth it given an amazing curry at Zayka. The food is so different there.

But then again, we keep meeting the unexpected. It wasn't the rain that we fell foul of. On the short trip from Furness Vale to Whaley and on our return, we fell into a black hole at the junction between Whaley and Bugsworth. A black hole where the tiller stops working and a boat on full forward power - goes backwards. A boat ahead of us was being manhandled out of the same predicament which will be hereafter known as the Bugsworth Bermuda triangle. We were forced to stop only to suffer the same fate. We hadn't run aground, as we first thought, as the boat could rock about happily.

We eventually fathomed it, and our theory was confirmed on reading the blog of NB Star, which is copied here: 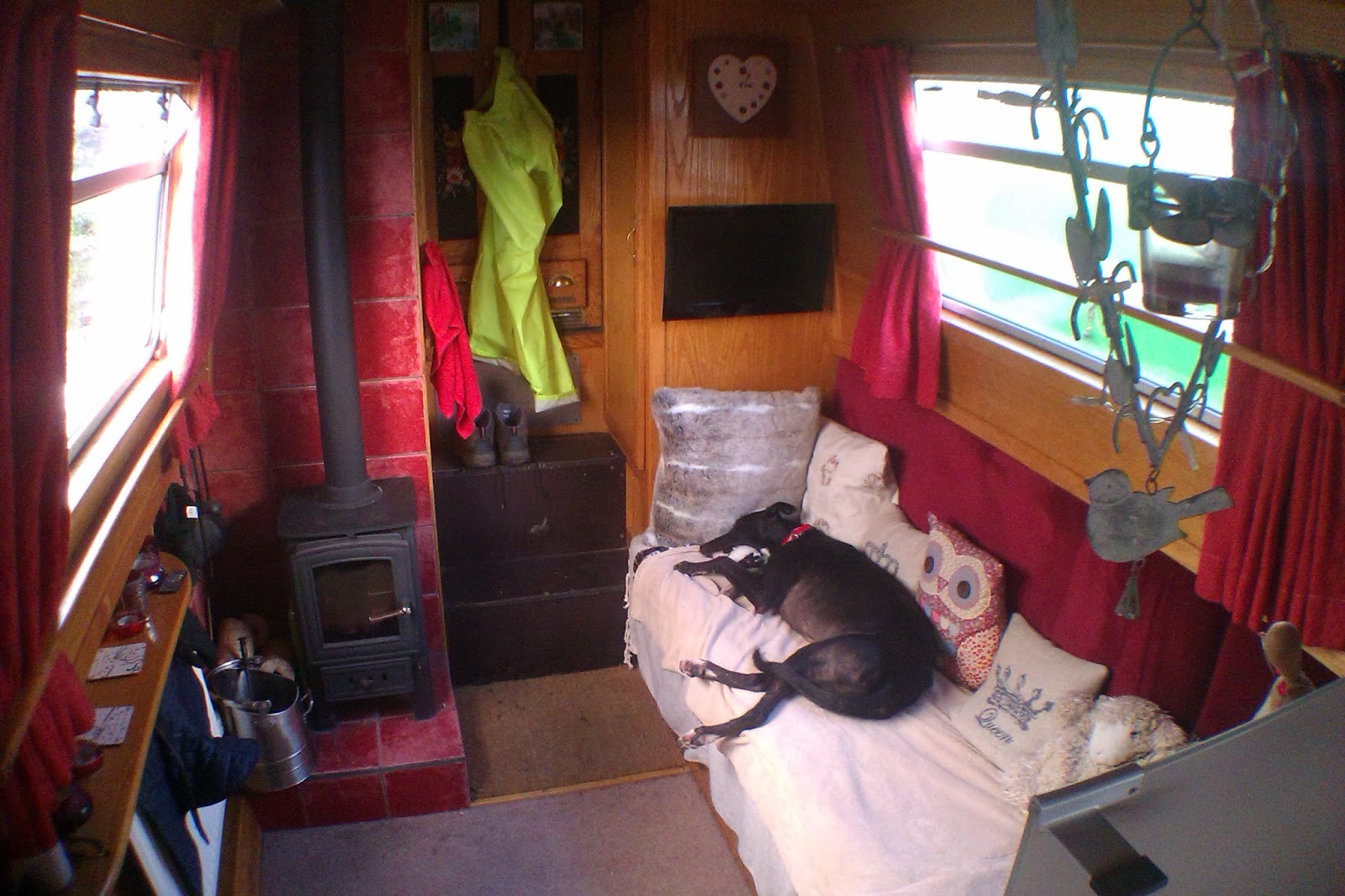 The boat gradually loses power with all the symptoms of a plastic bag wrapped round the propeller  Yet look in the weed hatch, as I did several times, and there's nothing.

After being reduced to a virtual standstill while trying to pass a line of moored boats the mystery was finally resolved when a fierce bout of alternately reversing and going forwards saw a cloud of leaves appear from the rear.

A passing boater who watched confirmed "it's leaves; they wrap all round the prop". And of course, when you stop to check the weedhatch, they just drop off again! 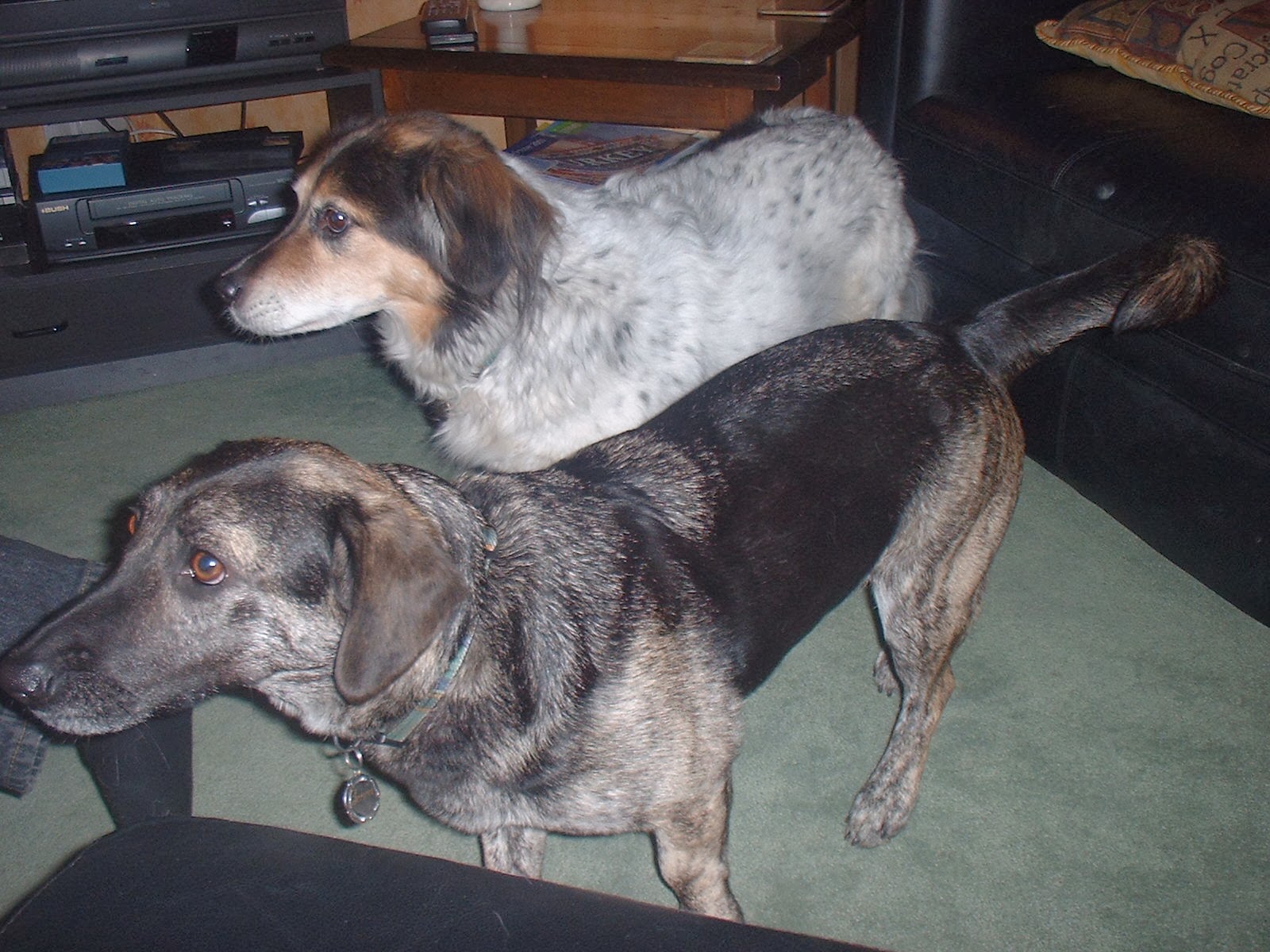 We might be more understanding the next time a train is delayed because of  'leaves on the line.' This is what shape shifting is all about - disappearing and reappearing as something frightening and unfathomable by all rational means.
Rocky continued to learn about what goes on with canals and he must have been mystified by Princess Lucy's backwards motion because of the leaf soup. He patrolled vigorously but was quite well behaved on the stern deck and at least didn't try to launch himself off at every narrow or duck crossing. We left Jemma to rest down below and no doubt sigh heavily. She must be fed up of the young Rocky getting all the attention. Like us, she was young and flighty once. Here is a picture of a youthful Jemma with our gorgeous late and great rescue dog Crystal.

It is fair to say that Jemma is looking more portly,or stately, or any other suitable euphemism, than her younger self. Sadly, so do we.