Sad news for fans of Jemma

The greatest little boat dog in the world passed away this evening. Anyone who has owned a pet will know how it feels to face up to the fact that they are near the end of their lives. Seeing them struggling and knowing that there is nothing to be done is very hard. The kindest and bravest act is to put them to sleep but this is truly awful. You can keep putting this moment off but this morning we decided that Jem was in too much distress to carry on. She had trouble breathing, walking, sitting, seeing and hearing. All those ailments together add up to a miserable existence.

She has had the most fantastic life roaming the Peak District and in the past year exploring the canal network. She loved every minute of her life until it reached the point that she couldn't enjoy it anymore. We have no idea how old she was but we rescued her in 1999 and thought she might between 1 and 2 years old then. That would make her 15 or 16 - a terrific age for a canine.

This is the last photograph of Jemma. It was taken this weekend when the real Princess Lucy came to stay. She is pottering about on the end of a leash quite happily with Lucy. A visit from our little angel was much appreciated. She was, as usual, very sweet and gentle with poor Jem . She understood that Jem was old and slow and couldn't see very well and was the perfect companion. It was lovely to see them together especially as we knew this would almost certainly be the last time Lucy would see Jemma.

We will carry her memory through this blog. It will always be Jemma's blog. 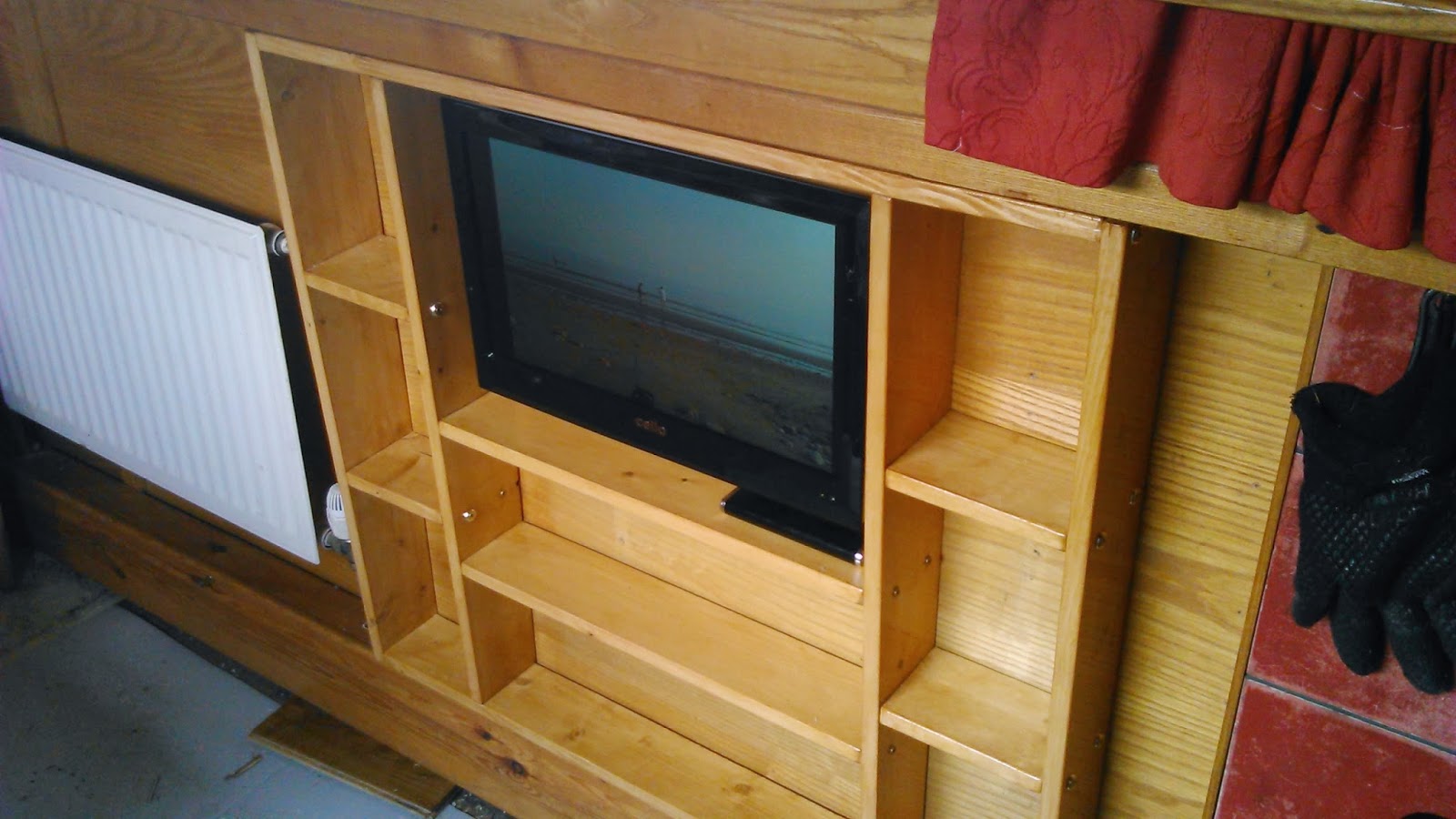 Jemma has been a bit quiet on the blogging lately. Truth is she is old and very very snoozy. Not much has being going on in terms of cruising in NB Princess Lucy. Jem has had a couple of brief visits but only to check up on the work in progress. Rocky's walks have taken him even further afield to check up on work at Bugsworth Basin which is drained and walls are being rebuilt. 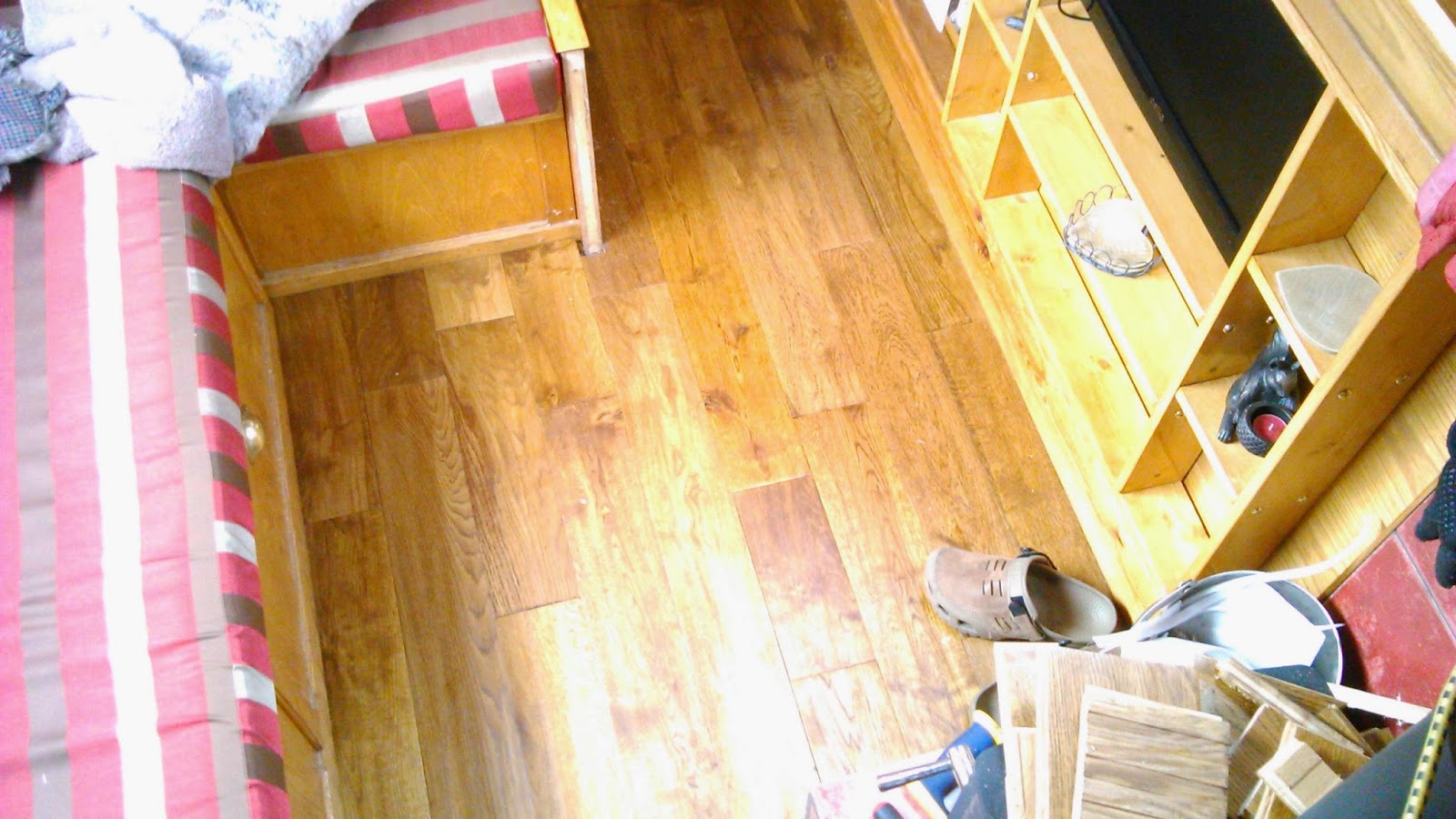 What has been going on, is a fair amount of work. The TV has been moved to a better position under the gunwale and is now sitting in a rather fetching 1960s style unit. There is now a solid oak floor throughout. It looks very good indeed. Not quite like a new Braidbar, but not far off. After battling with the mud covered beige carpet over Christmas, the clean, warm and utterly serviceable oak is just heavenly. We have replaced the grubby old steps and boxed in all the 'dust trap' piping round the toilet. So the oak is seamless and makes the boat look bigger. 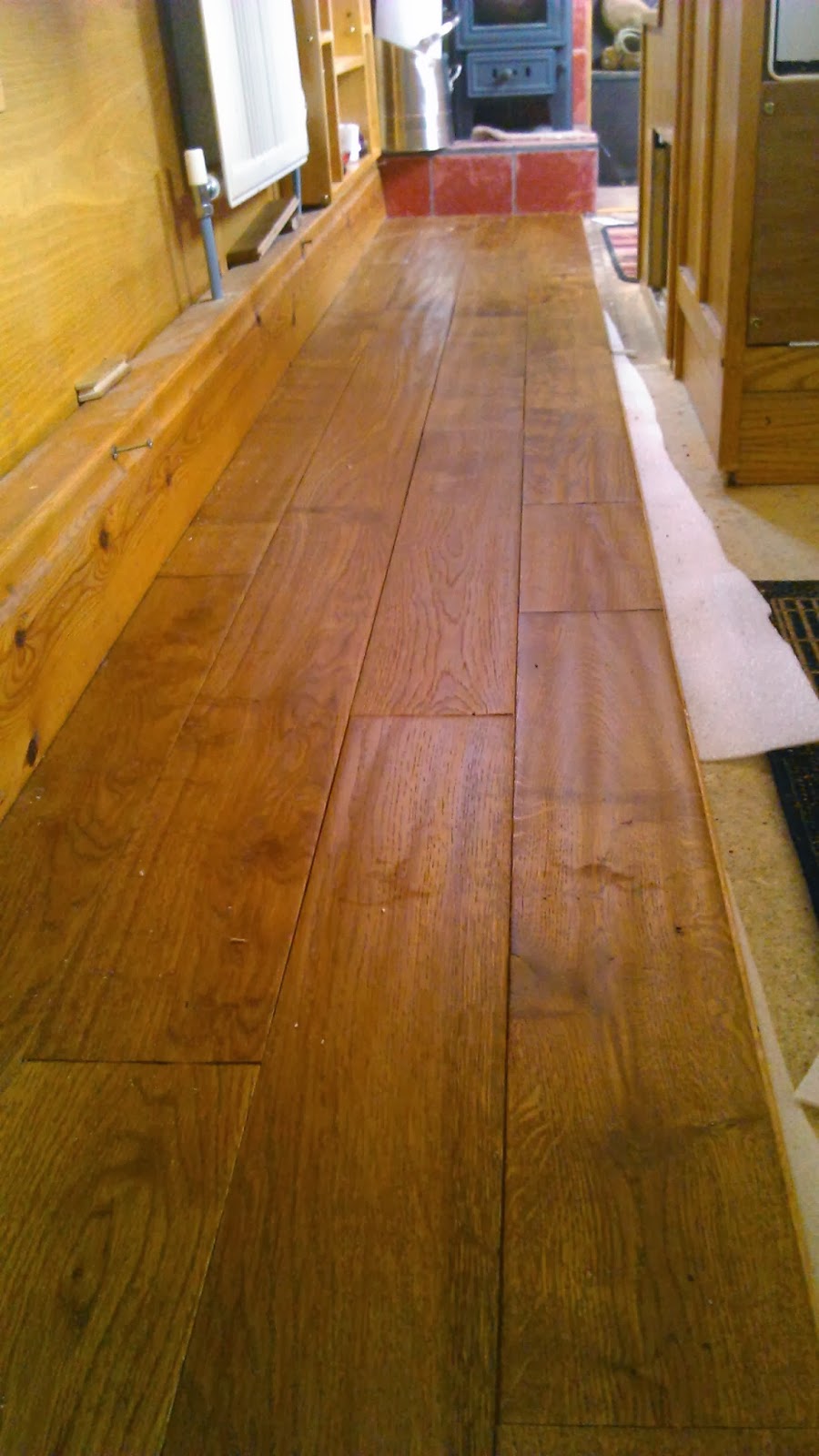 We are similarly thrilled with the brand new Ikea sewing machine, which allows us to create curtains,cushion covers, even throws for the seating area. It was going to cost hundreds of pounds to have new saloon curtains made and we certainly can't afford to have professionally made covers for the seating. A modest investment of £45 meant that we could buy ready made lined curtains and just take them up and modify throws for the seats. It will look fine. More pictures to followr.

Plans for the future include a refit to the galley which is to include a compact automatic washing machine. Why is this exciting? Because it means that if we can do a bit of washing, then we can go away for longer. A bad thing about the journey home last year was having to come home with 2 weeks washing including clothes, 2 lots of bedding, lots of towels, dog blankets. It took some time to recover from that as first mate is accustomed to keeping on top of the laundry 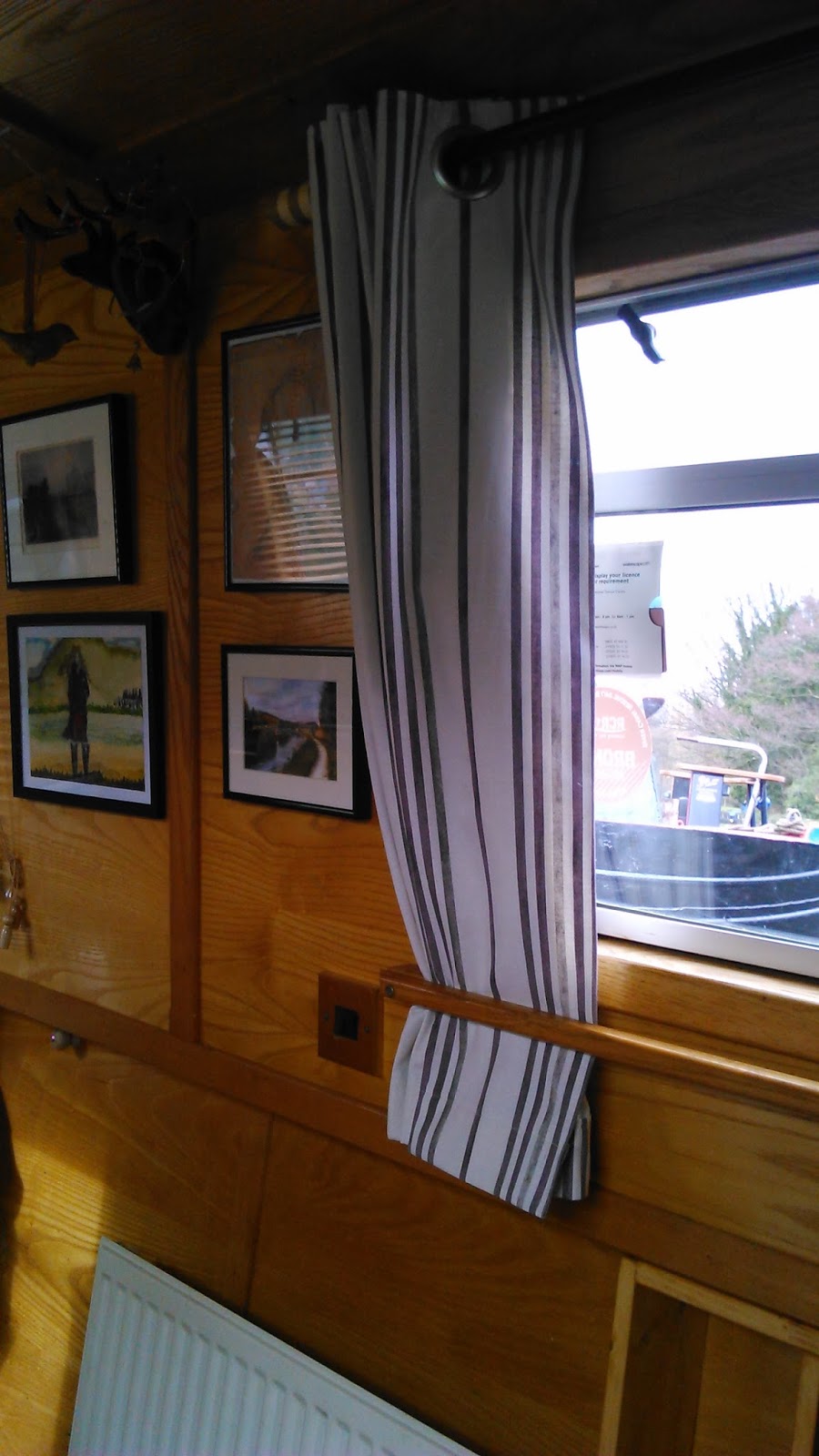 There are enormous technical issues to tackle to do with power consumption and involving a pure sine wave inverter. Captain is sanguine about resolving these.

Note from Captain: Yes, this (Candy Aquamatic 100F) washing machine has a peak load of 1300 watts which although low compared to most machines, still takes a hefty draw on the batteries - even with the engine running. It is the heating cycle that hurts. In fact the rest of the functions - spinning - draining and so on are insignificant by comparison. Now, washing machines only ever take hot water in on washes 60 degrees and above, so on most programmes we would be heating water from cold. The devious plan is to permanently  feed mixed (25 to 30 degrees) water into the cold fill. This will significantly reduce the heating time (with most washes 40 or 30 degrees), and therefore reduce battery drain by a massive amount.

With the floor laid, we are hoping to have a massive spring clean and go away at Easter. That is if Jem is up to it and if the weather is somewhat kinder than last Easter.
CLICK ON comments (RIGHT) TO POST A MESSAGE Jemma . March 08, 2014 1 comment:
Email ThisBlogThis!Share to TwitterShare to FacebookShare to Pinterest
Newer Posts Older Posts Home
Subscribe to: Posts (Atom)