The central heating is now fixed... but what a fault to find!

I won't bore the reader with the unquestionable genius involved in finding the fault, as that is well known, I will just keep, more or less, to the details of the fault.

The story begins seven years ago in a boat building yard.

"Just finish that plumbing in the bathroom," the boss shouted through the porthole, "then you can go home."

The young aprentice looked at the scribbled drawing and the fittings in a box. After ten minutes he shouted up.

"What's this cross on the drawing?"

The apprentice shrugged his shoulders having no idea what that meant.

"They used to baffle me when I was your age. The thing is if you pipe it up like you might expect, and then if you turn all your radiators off, there is no flow at all through the coil in the hot water tank, and so you get no hot water. The by pass valve allows a little flow past the radiators so that you get hot water.

"Right," said the apprentice rummaging through the box.

"They missed it off the delivery. But connect everything and leave room for it. That way I can check it all for leaks tomorrow."


Seven years later captain found the plumbing extended slightly beyond the towel radiator to accommodate a valve - but no valve there, just an effective short circuit of the radiators.

There had been a trickle through the radiators on a good day, and a Webasto that went to half load quite quickly as it saw very hot water on the return pipe.

But all piping hot now. 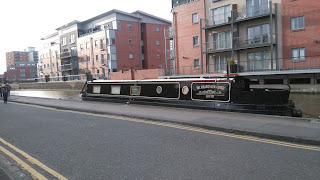 Friday afternoon, after being assisted by an independent volunteer lockie down the last five locks, we arrived in Chester and parked the boat outside Waitrose.

The surprise for us was that we completed the cruise (from Swanley Bridge) in two days, where we had allowed three. I'm still a bit unclear what went wrong there. We are not known for rushing ahead, and just the thought of five hour cruising days makes us cry.

Anyway we are here and the extra day will give captain time to grapple with the central heating which is misbehaving in a very strange way.

He believes he knows the solution, but dare not tell yet.

Men and Plans and Mice

A couple of days after our last blog (where we outlined our Easter plans to go to the River Weaver via the Anderton Boat lift) our route, across to Middlewich was well and truly scuppered. 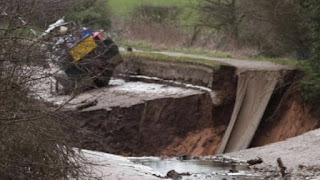 A serious breach, that I expect will take 6 months or more to fix, drained the canal for a mile or so near Middlewich. The pictures are dramatic and one pinched from the BBC is shown here.

Our Easter plan B is to set off tomorrow for Chester and stay there for three nights.

The plan for moving the boat back to Macclesfield in September is still being formulated. Options are (a) The breach is fixed ... Hurrah! (b) Stay where we are. (c) Go to Ellesmere Port, then along the Manchester Ship Canal and back down via the River Weaver, Or (d) Go the long way around via Audlem, Autherley, Great Haywood, Harecastle.

This is our first blog of the year and I know you are all wondering, and worrying, why there has been no scribblings. I bet many of you have made up little stories as to what we have been up to.

Perhaps you imagined that the crew of Princess Lucy 2 had been coerced into joining some strange cult, and relocated to the banks of the Desaqadero River in Bolivia, where we perhaps spent the evenings soothing our souls by rubbing Brillo pads on each others cheeks.

Not so. The only Brillo pad rubbing has been on the dismantled stainless steel plug hole.

But the sink cleaning project has not taken three months. The big project that has kept captain both scratching, and knocking, his head has been the bed project. 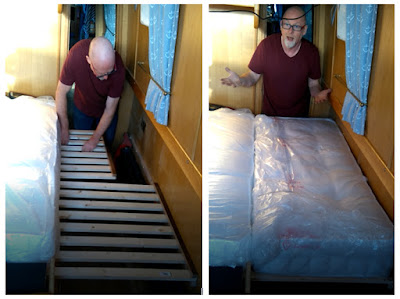 First a bit of background. The original boat bed (as built) was a permanent small double (4 foot wide that is). Now the bed wasn't really 4 foot as the box the mattress sat in was 3' 11" and more significantly a further 4" of the mattress was effectively lost under the gunwale.

So we set about designing and building a cross-bed, where we now lie across the boat. This is achieved with two mattresses. The smaller one is two feet long and drops on to slide out slats that cross the corridor.

The bed is now finished and we have slept in it just once and we were much more comfy than before. We now have a five foot wide bed and much more room. 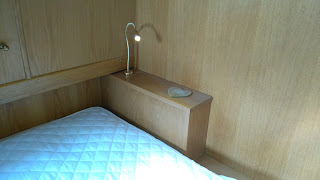 The improved comfort doesn't end there as previously there was nowhere to put a drink or anything. Now, that problem is solved with a decent sized side table each.

But there is a down side. With our new comfy bed and longer lie ins, we may need to reassess our typical daily cruising hours. At the moment we aim for three (hours that is) and that has been a struggle to achieve.

At Easter we are planning a cruise out to Middlewich and then down on the Anderton lift for a quick spin on the Weaver.

Well that is the plan. We might just spend the week in bed.