﻿﻿﻿
﻿﻿﻿﻿﻿﻿﻿
Every now and then, probably every couple of years, the Captain becomes afflicted with what can only be described as ‘the call of the sea.’

The last time it happened was in 2014. We were holidaying on the Crinan Canal and staying in the lock keeper’s cottage next to the Crinan sea lock. On that occasion, he had too much sunshine and saw too many boats. And so we were soon drowning under piles of motorboat magazines.

After many cold baths back in the Peak District, he slowly returned to normal, and after a few weeks, the motorboat magazines were thrown out.
But we are now in the midst of a more serious attack. In fact we are in North Wales for the week looking at marinas, boats, tides, and goodness knows what.

Captain now has a whole new language and Cardinal buoys, high water slack, tidal streams and The Swellies (which our holiday cottage overlooks) are now all part of our everyday conversation.

On these sea boat things, even hot water is not guaranteed, which is why Captain has decided that we need an inboard shaft driven diesel powered boat as these quite often have hot water (and sometimes diesel fuelled heating).
Yesterday, he got very excited by a Merry Fisher 805 he saw at Doug Edwards boatyard near Beaumaris.
“It ticks most of our boxes,” he said, ticking most of the boxes.

This will all pass soon and he will be back to planning our August passage to Tamworth, Birmingham and Wolverhampton.

The best Fish Supper I ever hud in ma life

Last Friday, or maybe it was the one before - doesn't time fly - we arrived at Princess Lucy, now signed up for twelve months in Mercia Marina. We planned to stay for a very long weekend as on the Wednesday the electric people back at home promised us no power all day. 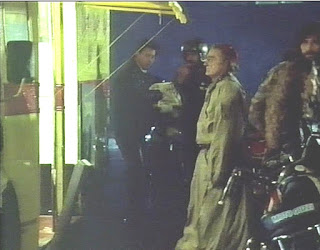 We got the wine chilling and unpacked the ready meals planned for an easy first night dinner. We had a Prawn and Mango Masala, a Chicken Madras, a Spinach Dhal and a Perswari Nan. Quite a feast and we were looking forward our supermarket currys. But before that excitement, we took Mr Jones for his tea time walk.

The truth was, we were in shock and we needed time to process this information, so we carried on with Jonesy's walk. On the walk we hatched a plan. If the chip van was there on the way back, we would speak to them to find out what, when, how, and maybe why. 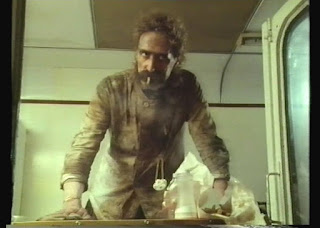 The plan worked like clockwork, except in the excitement some of the information was lost, but the gist is that the van stops at three places in the Marina between six and seven on a Friday. The important bit for us was that it would be quite near Princess Lucy for its 6:30pm stop. And the more important point was that it was - at the time of the conversation - only 6:15pm.

Can you guess what happened next?

Yes we did. First Mate was soon checking the dates on the curries, buttering bread and warming plates as Captain was despatched to the small queue forming in anticipation of its arrival. And then it came tooting its little horn all the way around the Marina. What joy as we unpacked the fragrant parcel of freshly fried fish and chips, mushy peas and, of course, Chip Shop Curry Sauce - a truly British invention and a work of genius.


PS. I didn't take any photos at the time, the above pictures are from the TV series 'Your Cheatin' Heart' by John Byrne. The top picture shows the late Tom Watson.