We realise that conversations with passing helmsmen are like ones with your dentist: fleeting and unfinished.

At the very moment we were untying to leave Marple, the man on the only other moving craft shouted "You don't want to go anywhere in this. I wouldn't if I didn't have to."

We replied to him, but he was gone.


The combination of his advice and the palpable feeling of wet and wind (to which he referred) necessitated some quick rethinking in the Princess Lucy saloon. Surrounded by muddy towels and muddier dogs, it seemed that staying in Marple for an extra day would be advisable. We kicked back and rearranged planned visits from family so that we could entertain them in Marple rather than Disley. We swapped restaurant bookings at Sasso for Dolce Vita. It is all part of narrowboat life and it worked out fine.

Overall though, the weather was much kinder than our interpretation of the met office symbols suggested. Perhaps we need to understand the meaning a bit better. The three hour forecast periods often had a heavy rain cloud symbol, and an 80% chance of rain, but presumably that means an 80% chance of any rain during that 3 hour period, so it could be just 5 minutes? Indeed it often was. We had several days of lovely sunshine and crisp winter weather. 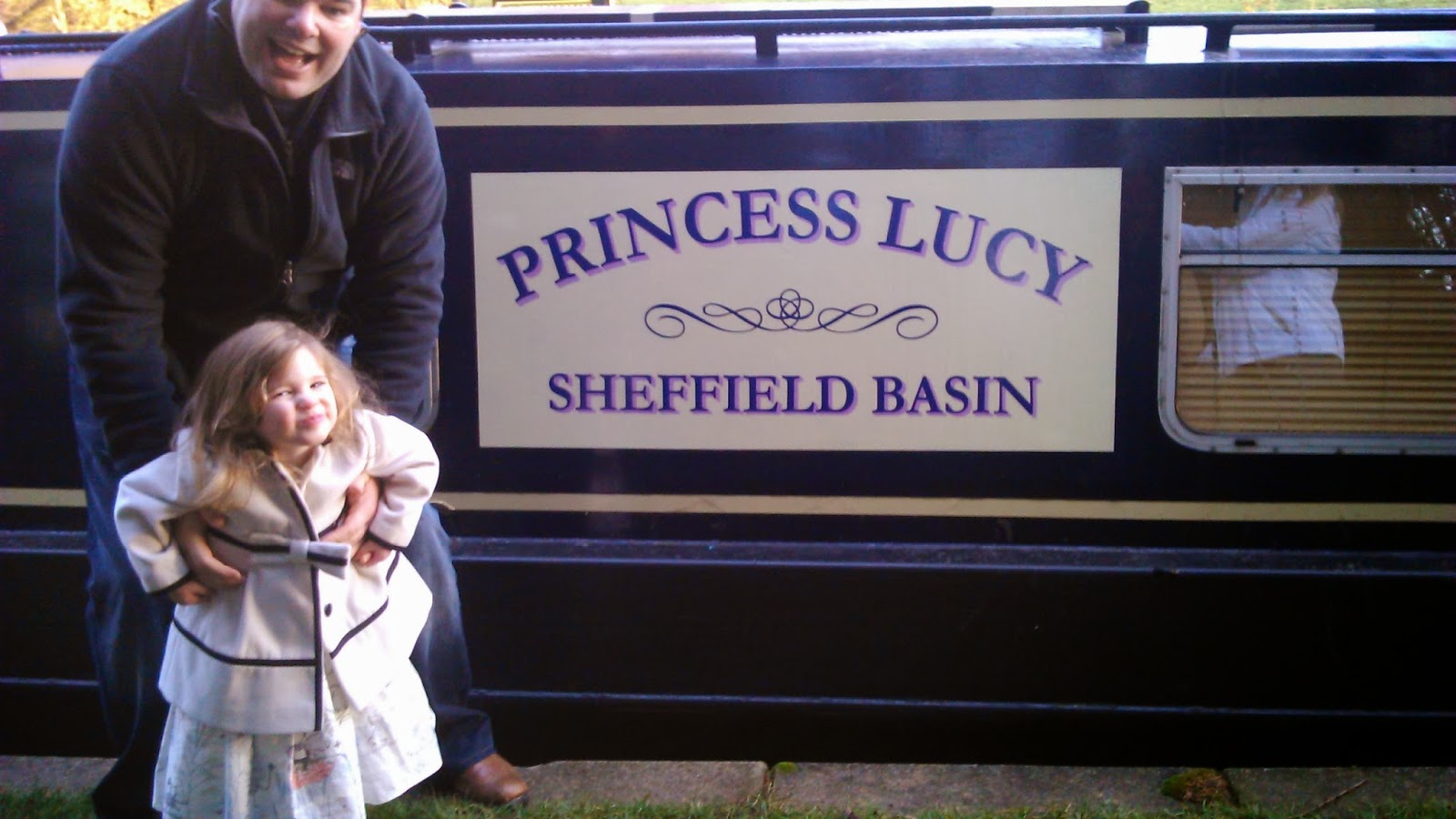 At Sutton Lane, it was such an honour to receive a visit from the real Princess Lucy who decided to make a break from the paparazzi just when she was called to the photo shoot. In this picture, her cute little face is horribly distorted by the effort to escape from the limelight.

One highlight of our week away was probably being stranded in Marple and unexpectedly finding the 'Dolce Vita' restaurant. On a wet and windy 30th December we booked a table at 6:30 thinking that on the night before new year's eve, no one would venture out. However, it was full and we actually had to wait for someone to vacate our table. We have now found three superb restaurants in Marple: Murillo's (tapas), Marple Spice (Indian) and now Dolce Vita.

The lowlight, I think, was the mud. With 2 dogs and the 2 of us, that gives 12 legs to mess up the place, and it was a constant battle to keep the boat from looking like a farm yard. We just about managed it. On Christmas night, we had a running buffet and sat down with bubbly and a lovely fire to watch 'It's a Wonderful Life.'

Jemma really perked up on the trip. A week before, she had major dental surgery that left her in some pain. We observed her turn a corner in her recovery when she realised that she would be sniffing along some of her favourite tow paths. She couldn't decide which were best - Marple, Macclesfield, Poynton or Sutton Lane? We think it was probably Sutton Lane given how long she spent mooching about there. She looked happy for the first time in months. Rocky B. had some lovely off-leash runs too. 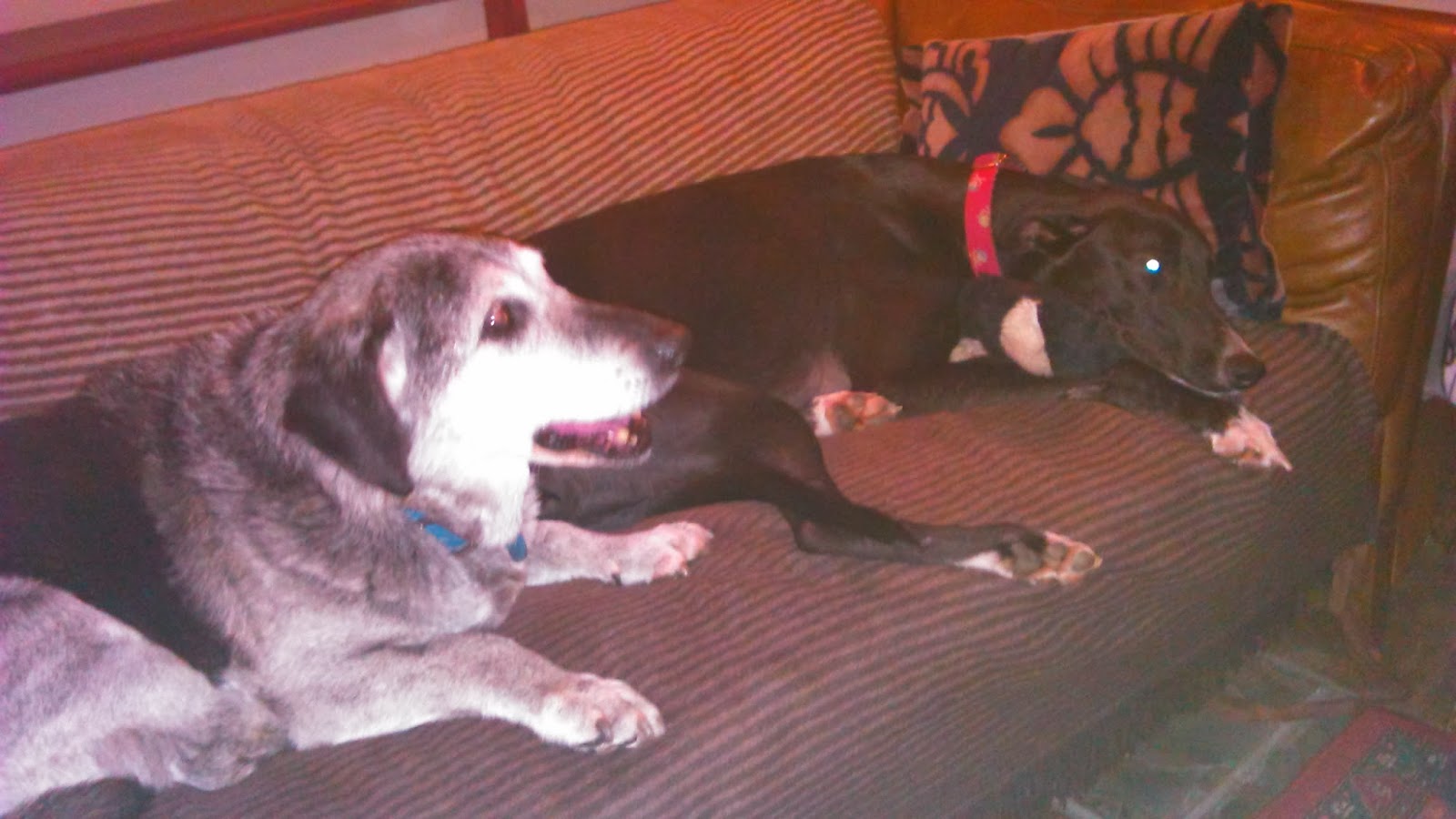 When we planned the trip, we wondered if he would be able to come off his lead but Marple, Poynton and Macclesfield proved to have fabulous, safe and varied walks for a young greyhound. There were woods, disused railway lines, lock flights and no farm life.It was blissful. He met lots of other dogs and had a fine old time showing off in his selection of winter coats. He also had something of a holiday romance. The friendly landlord of The Wharf Inn at Macclesfield introduced him to his gorgeous lurcher cross - Chloe. Rocky was smitten and I have a feeling we might have to go back there soon. So definitely a success for the doggies who care nothing about how muddy it all gets.