With the benefit of hindsight, I would probably have done things differently: Possibly I should have despatched someone more sensible to take Mr. Jones for his bed-time wee-wee. First Mate perhaps? Possibly I might have taken less of the Porter? 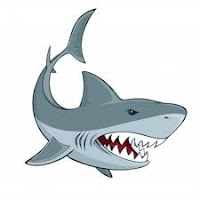 It started well enough: hat, big boots, big heavy coat, dog on lead. We stepped out onto the jetty, and then it didn't go so well. Mr. Jones had found a cat somewhere near our bow, and gave chase. There was a big splash. He was in. At some point I tightened the extending lead and then I lost my footing, and I was in. I still had my end of the lead, but we were opposite sides of the bow.

There was now no noise from Mr. Jones, and weighed down with boots and coat I was struggling to get out. It was also deep, dark, and cold.

Luckily, through the fog of my specs, First Mate appeared and I suggested she took the lead and retrieved Jones. Meanwhile I managed to haul myself out using the bow rope and some (previously unknown) circus skills.


It was a damp end to the night, huddled around the fire in a bath towel, having antiseptic dabbed on my cuts - just like a naughty child.