Crises in confidence and moments of inspiration

Our captain's fastidious research into the canals that never were and his explanation of why we can't get to Sheffield in under two weeks, reminds me of why we bought Lucy B. It was October when we made this reckless purchase having never set foot on a narrow boat before. Shoot first and ask questions later. Why wait until Spring to hire one and then pay around £1000 for a wet week to find out if it works out?  Once such a daft idea forms in our heads, it's unwise to risk a cooling off period in case good sense prevails.

But Lucy Belle was never going to be just the mental and physical challenge which the journey home delivered in spades. It was always meant to be inspirational too. I can see a book about all this canal stuff some day. It could actually happen. I had high hopes of re-kindling a love of painting but this probably won't happen because gazing out the window is a default choice over risking failure. And then of course there is the all-consuming nature of boating which I hadn't reckoned on. It's cruise, eat and sleep. I am not short of inspiration. Everything I have seen so far has offered a moment of wonder - even the Dickensian marshes of the river Soar in flood dominated by the giant edifice of Ratcliffe power station puthering out miles of acid-rain. There were lots of live aboards on these muddy banks and I feared for their safety and was awed by their ability to survive such a harsh environment. So it's hardly been all weeping willows and meadow.  We have passed by so many things that you just would never see. The artist in me responds to this. It just may stay as a cerebral experience for now. I am taking it all in. Storing it all up. 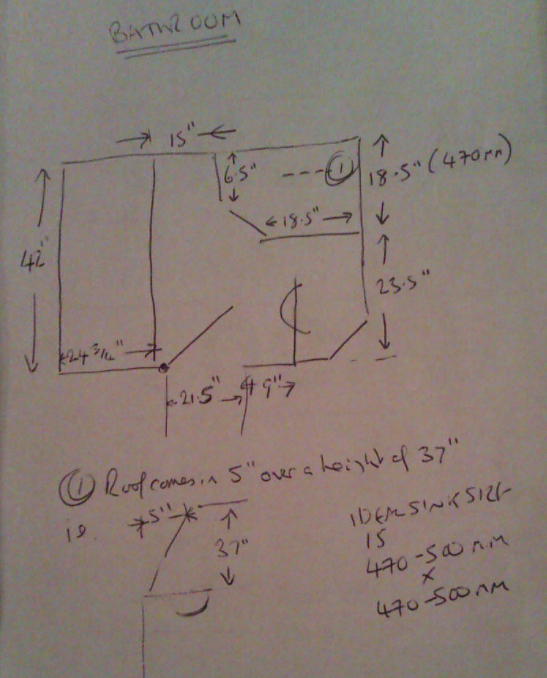 The inspirational moments are matched by crises in confidence that all the Captain's arty plans and drawings may stay as just that. I experienced a motivational dip last Sunday when even putting a print up of the Cheshire Ring proved almost impossible because of the sloping steel. It took over an hour to do what should have taken 10 minutes max. Have we bitten off more than we can chew with this boat? Surely not? Not the dream team of fixers? A nagging thought persists that the boat will become a black hole for time, money and labour instead of the inspirational pursuit it was meant to be. In reality we have to accept that it will be both, for a while at least, until its made into something we feel is ours. The list of jobs seems to grow faster than anything that can reasonably be achieved. The boat will get older and may deteriorate faster than we can enact its preservation.  It is easy to get distracted by other more pristine boats. Lucy Belle has been through the wars on the way to Furness Vale and she will always be a boat with an Italian feel for life. That is, with plenty of scrapes and scratches. We have always admired the Italians for their lack of preciousness about their cars. Cars are for bouncing off the walls in the narrowest of streets, wine is for drinking not counting units, pasta for eating huge bowls of. We will keep this spirit even when she is eventually repainted. We are learning that no job is straightforward and that things take a long time. With tiny spaces, sloping sides, the watery world of narrow boating makes even fixing window coverings a challenge. And, does anyone have any brilliant ways of securing wooden blinds so they don't hang away from the windows at the bottom? I see plenty of other boats with them.

The sketch above is one of many. I began to think that we would never solve the problems of how to fit any standard bathroom fittings in to our tiny shower room. I know what our new friend Sarah's Jim would say - it's a boat not a house! But... this is an ex-hire boat and even purists might forgive me for trying to stamp out the hire-boatiness. The Canaltime fleet were built to work - and they do. There is no way I am messing with the layout or cooker or anything that is perfectly serviceable but the kitchen sink, work tops and sanitary fittings are at least 11 years old and have seen scores of users. I have a ridiculously glamorous and impractical vision for the shower room. It involves walnut flooring and cream and black tiles, a sort of Orient Express wash room. Will it happen? Probably not with cheap-as-chips, and frankly shoddy, fittings from IKEA. A girl has to dream. You have to have a dream.

my wooden blinds have a little brass loop (like on a net curtain wire) at each end these fit on a L shaped brass hook, perfect!, its the only blind and is over the cooker
cheers
Candy
nb Spitfire presently in Banbury

Many thanks. We will give a try tomorrow. As it happens we have some of these fittings.Enjoy your weekend.