The waters are hid as with a stone. And the face of the deep is frozen. 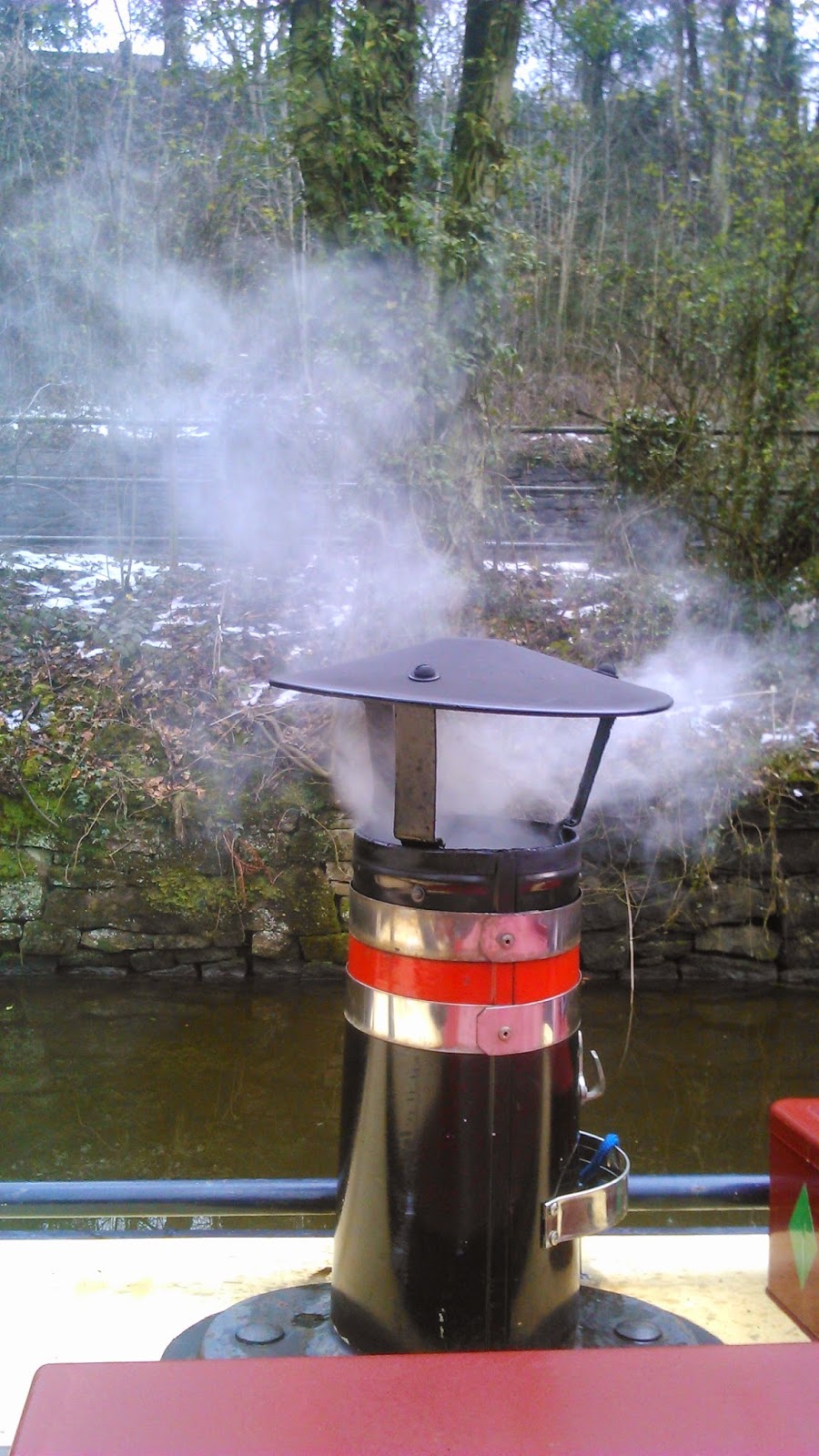 In the first of several birthday bashes for first mate, we arranged to meet friends last weekend. We kicked off with Bellini cocktails on Princess Lucy and walked to Zayka at Whaley Bridge. We say walked, we actually got as close to the basin as possible to avoid slips for our friend Rod who is bravely recovering from a quadruple heart bypass. Captain thought that his recovery would be aided by beer and curry. Whaley is just a couple of miles from our Furness Vale mooring and so the plan, when made, to move Princess Lucy there for a long and lazy weekend, seemed straightforward enough.

Not so straightforward though: Princess Lucy was held fast in ice an inch and a half thick, and the ice did not want to give her up. It took the best part of an hour to free her from its grip and get her facing the right way on the canal. And then only with the help of a neighbouring boater with a rope on the opposite tow path. But the pig-headed Captain just carried on, swearing occasionally and muttering: "Out of whose womb came the ice? And the hoary frost of heaven, who hath gendered it?" 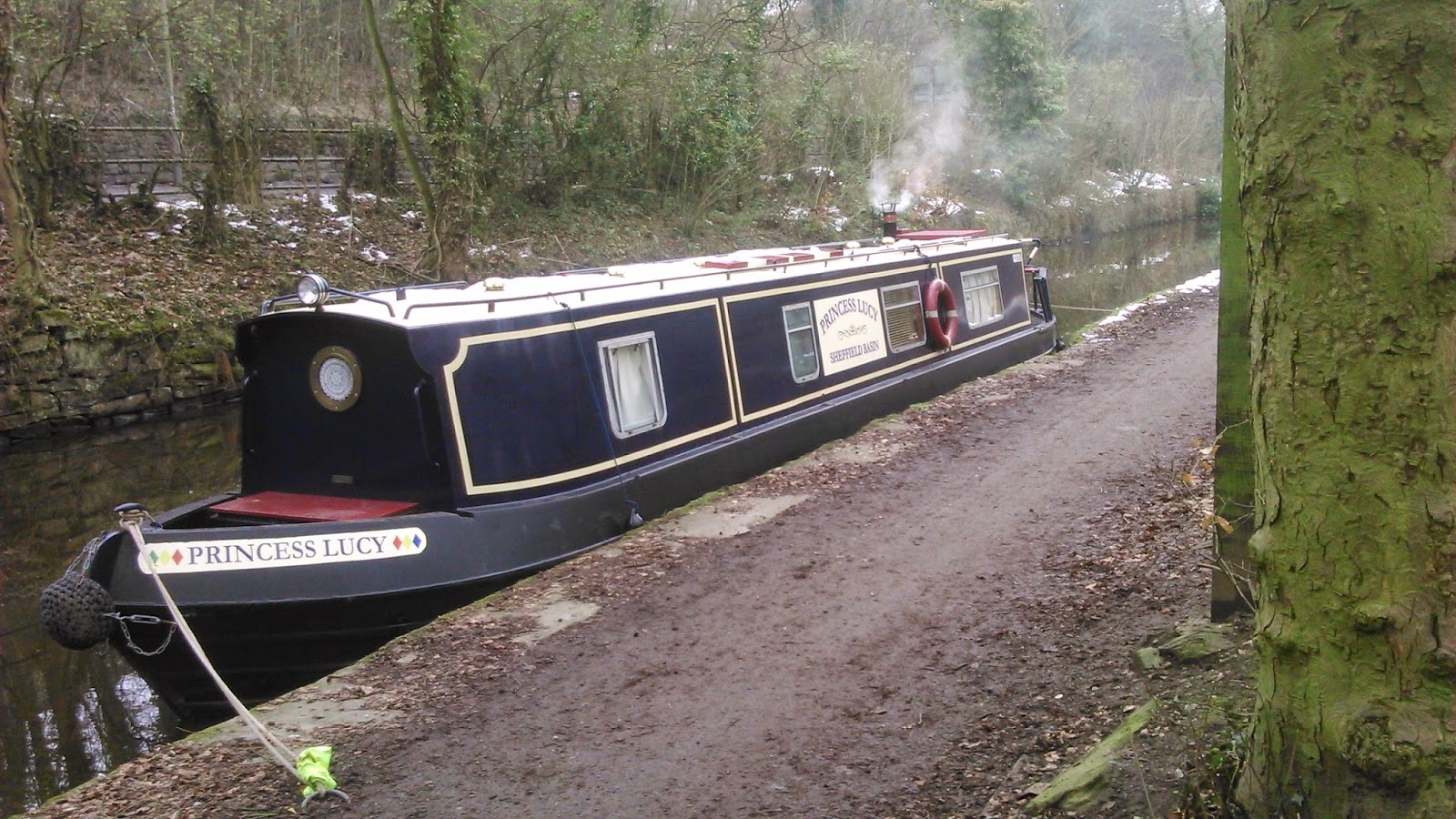 Then the fun started: Twice we came to a complete standstill, and had to reverse and ram the ice a bit harder. And once we got stuck on the side - which tends to happen as the ice is thinner near the side and the boat takes the path of least resistance. But we soldiered on, watching huge sheets of ice buckle and break before us.

In the end, and weirdly, there was little or no ice at Whaley. How could it be so much warmer a couple of miles down the canal? Maybe it has its own micro climate. We regret not talking any snaps of this epic voyage, but we were prevented from doing so by fear and the concentration needed to keep the boat straight. Plus photographs of ice usually look like water. We could never have captured the cold, or the noise of canal-width sheets making that fearful cracking noise. With the heave-ho of all this, it felt as though we might be swallowed up at any moment. 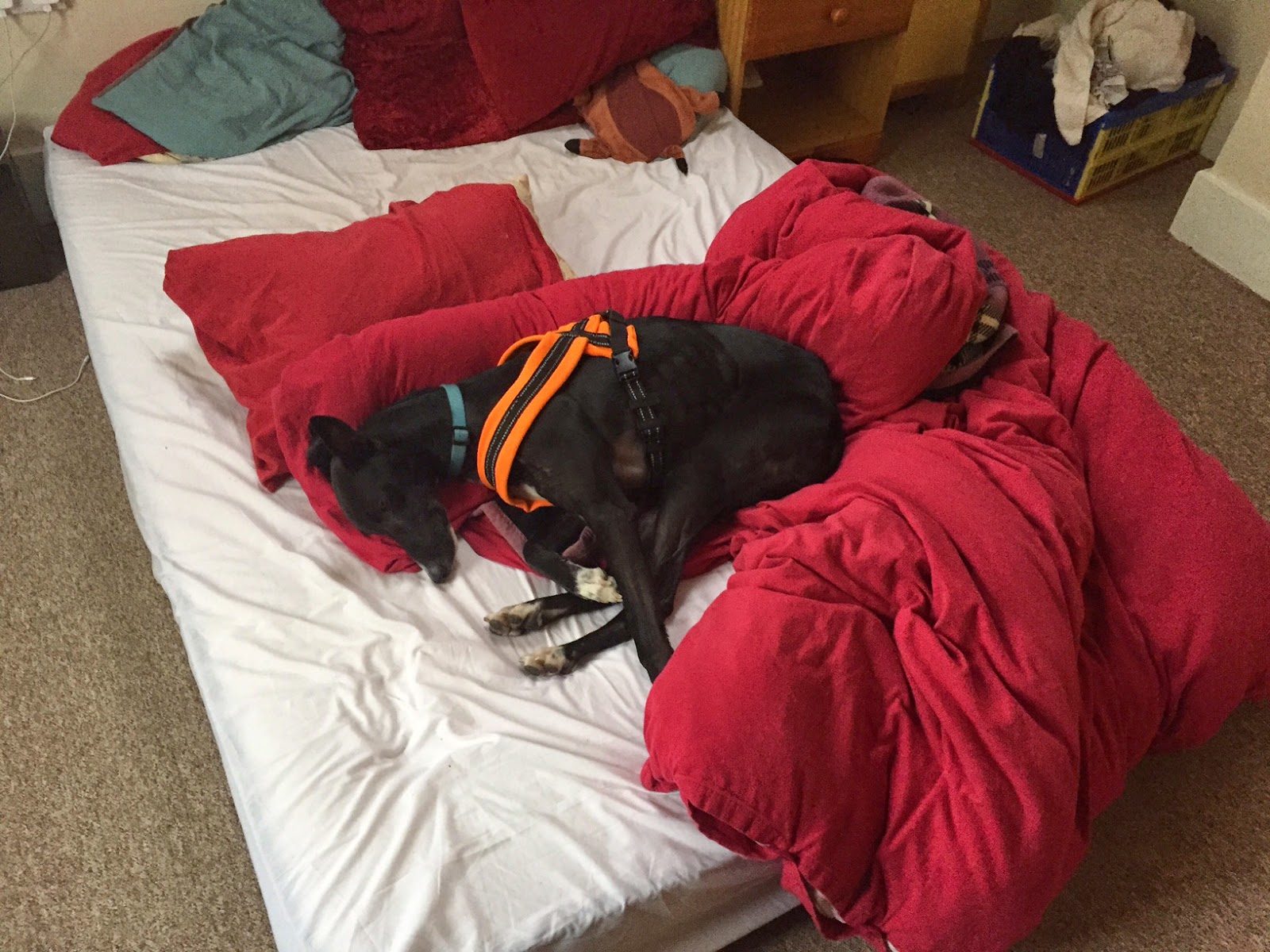 We attracted many comments from passers by and liveaboards. They clearly thought us foolhardy. And there is the question: Were we foolhardy or, maybe, adventurous and brave? Was Shackleton foolhardy or adventurous Whatever you decide, he failed in his mission, and we succeeded!

Yes, we made it, and, with Rocky safely tucked up in bed in Eastbourne with Sebastian, we had no dogs to eat.