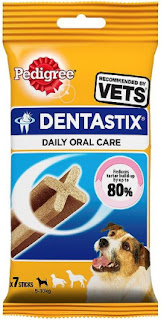 We have long been fans of the electric toothbrush. At home we have rechargeable ones that we are very happy with. On the boat we fitted the same ones (Oral B).

The only downside was that when cruising, away from our shore power, we needed the mains inverter on for a few hours every now and then.

All was well at first and we enjoyed a good few weeks in the summer with charged up toothbrushes. But on our Christmas jaunt. Something failed: the toothbrushes stopped charging. A quick search on the Canal World forum suggested that toothbrush chargers will eventually fry when connected via  a Modified Sine Wave Inverter.

What followed was lots of walks with the dog where I could discuss the problem. Jonesey and I both agreed that podding out the hundreds of pounds for a Pure Sine Wave Inverter was not really justifiable. I also explained to Jonesy that I didn't fancy going back to a  manual toothbrush. This was when Jonesy suggested we copied his daily oral care routine, which is a bedtime Dentastix chew. 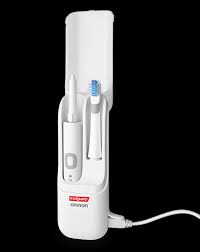 I don't know if you have tried one, but I haven't. And I intend it to remain in the list of things in life that I don't ever experience.

We initially gave battery powered toothbrushes a go, but we didn't get on with them. Then we hit on the Colgate "ProClinical Pocket-Pro" which is a USB rechargeable toothbrush,

Brilliant! No inverter needed, no swapping of batteries, no flat toothbrushes ever.  This is now fitted in the bathroom and permanently connected via (yet another) USB charging point.

Captain has tried it over a couple of days and gave it the thumbs up. It seems quite powerful - but we'll see how we get on during some longer trips this year. 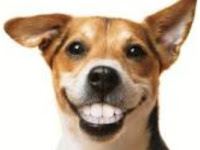 oh I love that. It made me smile. Talk about first-world problems, how to charge one's toothbrush. The later blog about arriving to a less-than-perishingly cold boat, now THAT is important. Back in the days when I couldn't really afford to heat my house, I would come home from work every day in the winter to a dampish kind of cold house and huddle in front of the gas fire. And I was in my 20s, not old. With age comes a degree of financial security, at least we all hope it does. Also experience comes with age and I now know that a bit of physical effort, say, walking home instead of getting the bus, would have spared me the misery of shivering in the unheated house.
Heather pedalboats.wordpress.com