Yesterday saw us leave the very pretty Stratford canal. After smashing our way through the mysterious basins and canals and channels of Lapworth, we tied up opposite the Navigation Inn. It was there that Leigh, Alison and Princess Lucy came to visit us. And not only did they bring our Ocado delivery, but a large tin of cakes, baked by Princess Lucy. 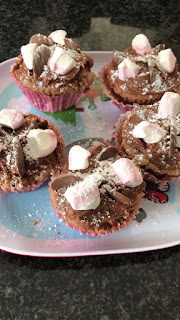 Today was relatively unadventurous. We took on just 5 locks (the broad locks of the Knowle flight). This time we were on our own in the locks and no volunteer lockies were to be seen. After the hen party day boat had finally vacated the bottom lock - slightly assisted by Captain who advised them that having paddles up on top and bottom gates was not the quickest way to drain a lock - we began our ascent. Theses locks are fairly heavy to wind and open, so first mate took to the tiller whilst Captain ran between the locks. We took our time and were soon up.

We are now approaching Birmingham and many of the villages have 'Oak' in their titles. Sadly I remember that the TV series Crossroads was set in the fictional village of Kings Oak, so perhaps we are close by? But what we are getting closer to is Birmingham Airport. Our route takes us right around it and we will be spotting planes for the next few days.

This evening we tied up in the village of Catherine de Barnes (or Catney as the locals have it), with a hefty days cruising planned for tomorrow. Horror stories of where we should or shouldn't tie up in the metropolis are mythering us a little. We thought about moving under the cover of darkness, but decided on a ridiculously early start of 10:00am as a compromise.